TASK
Concept and design for a festival bar

CHALLENGE
For Roskilde Festival 2010, Wonderland (acting as WAS – Wonderland Art Space) was asked by Absolut Vodka to collaborate on creating a bar environment for the festival. Wonderland was put in charge of the art direction of the bar called “ABSOLUT WONDERLAND”.

SOLUTION
Wonderland invited a group of artists into the collaboration. Amongst those Helle Mardahl and Andreas Emenius, both known for their elaborate installation work. For ABSOLUT WONDERLAND, Mardahl and Emenius created a social environment – a large tactile construction in multiple levels, which enabled guests to interact with each other in various ways. Twenty meters of panoramic video was projected onto the walls of the ABSOLUT WONDERLAND bar. The projections rendered the room into a dynamic and changing scenario and art cinema. From subtle and slow landscape views referring to the remote location of the Roskilde Festival, to more intervening sequences made from old cut-up art movies, and poetic animations, all made exclusively for the ABSOLUT WONDERLAND art bar. Wonderland also invited four art performers to put on various performances in the ABSOLUT WONDERLAND bar to ensure that nothing was predictable. 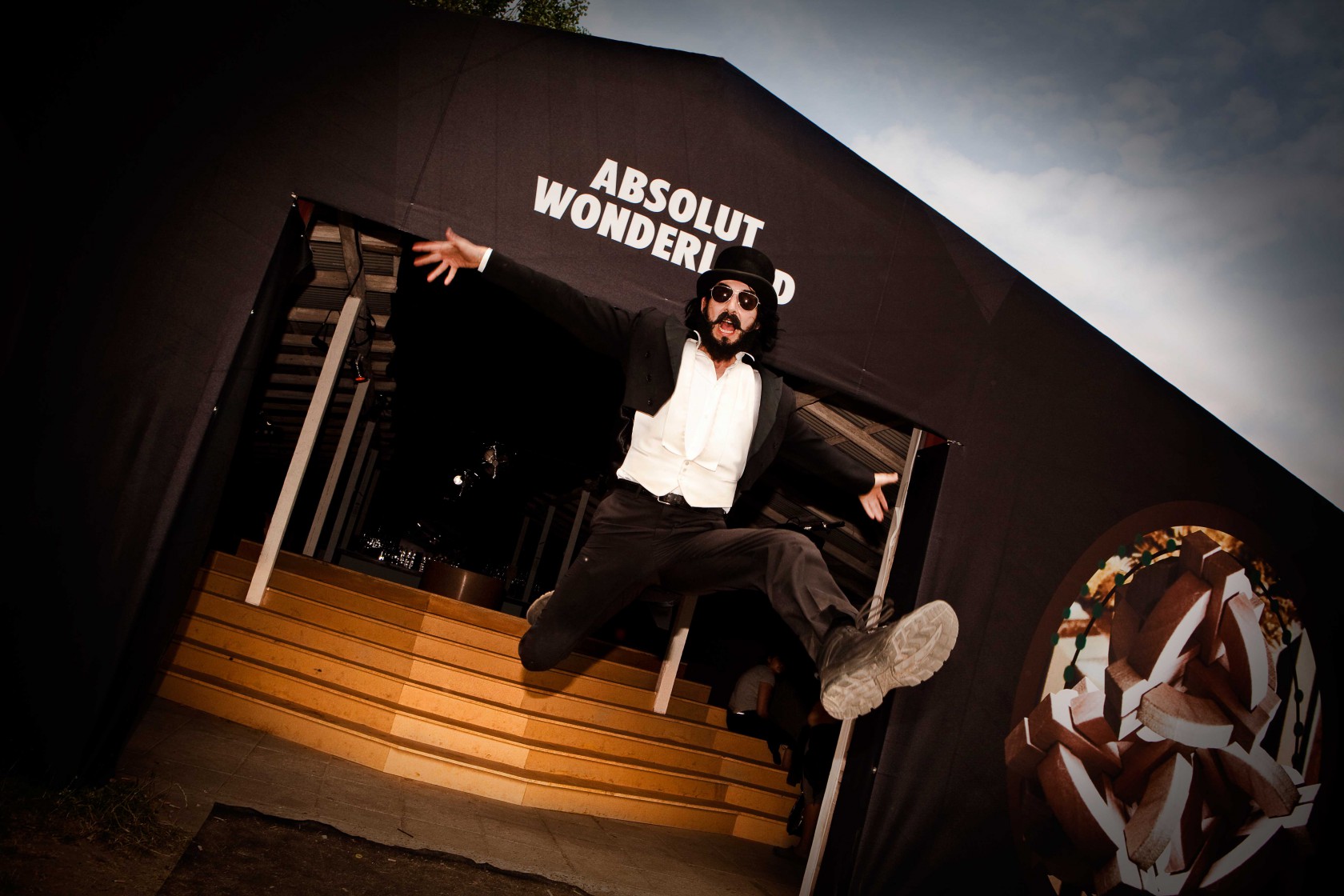 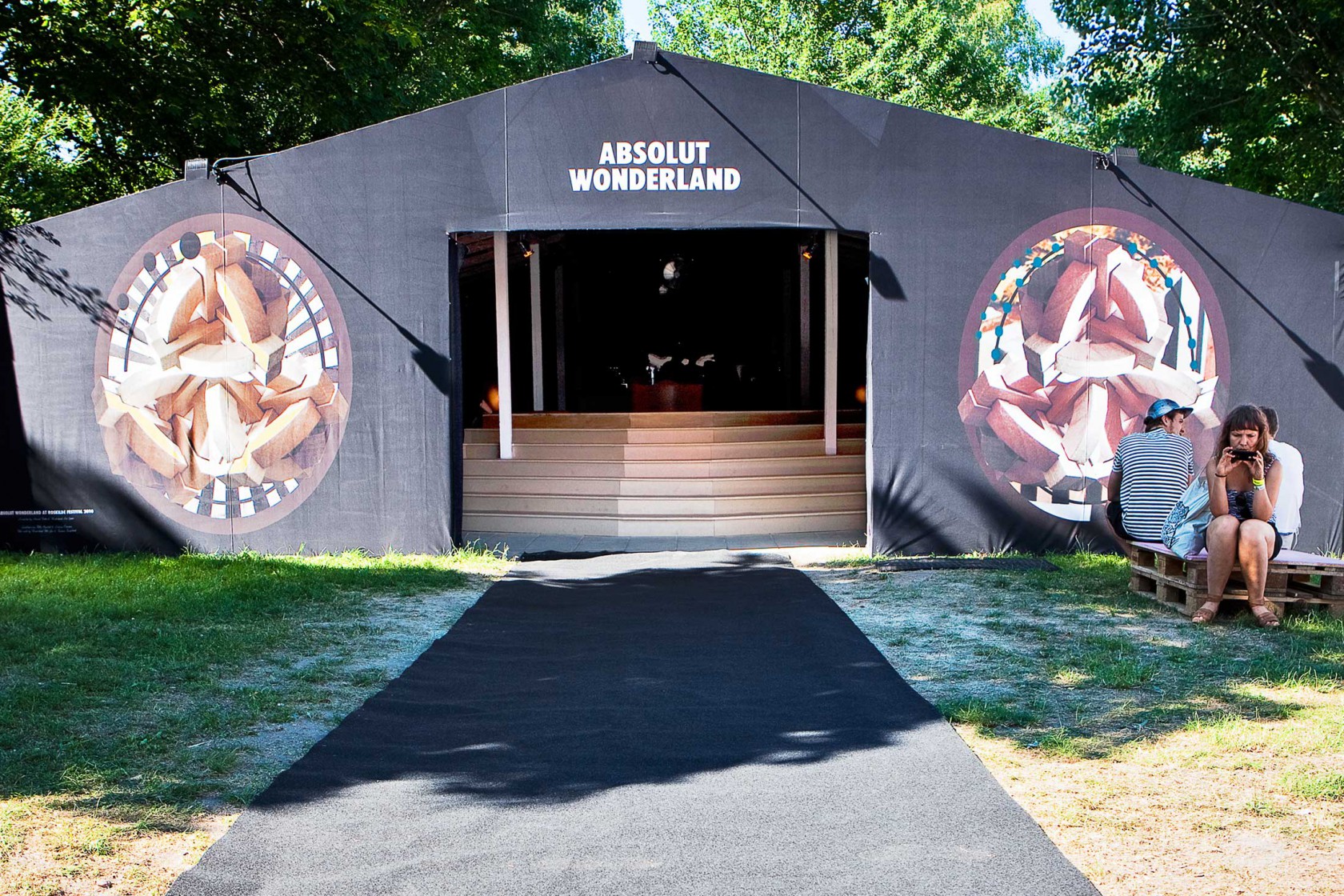 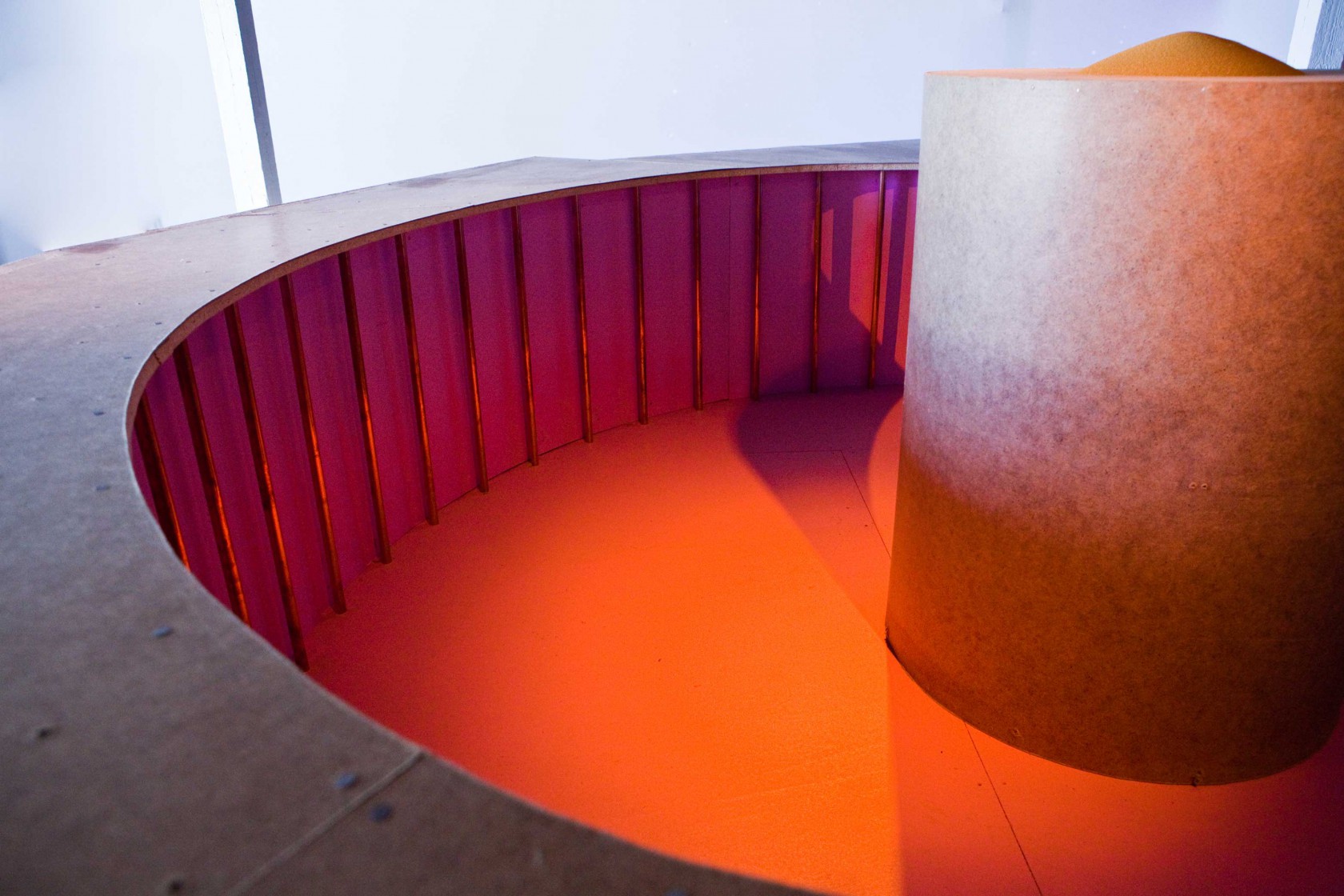 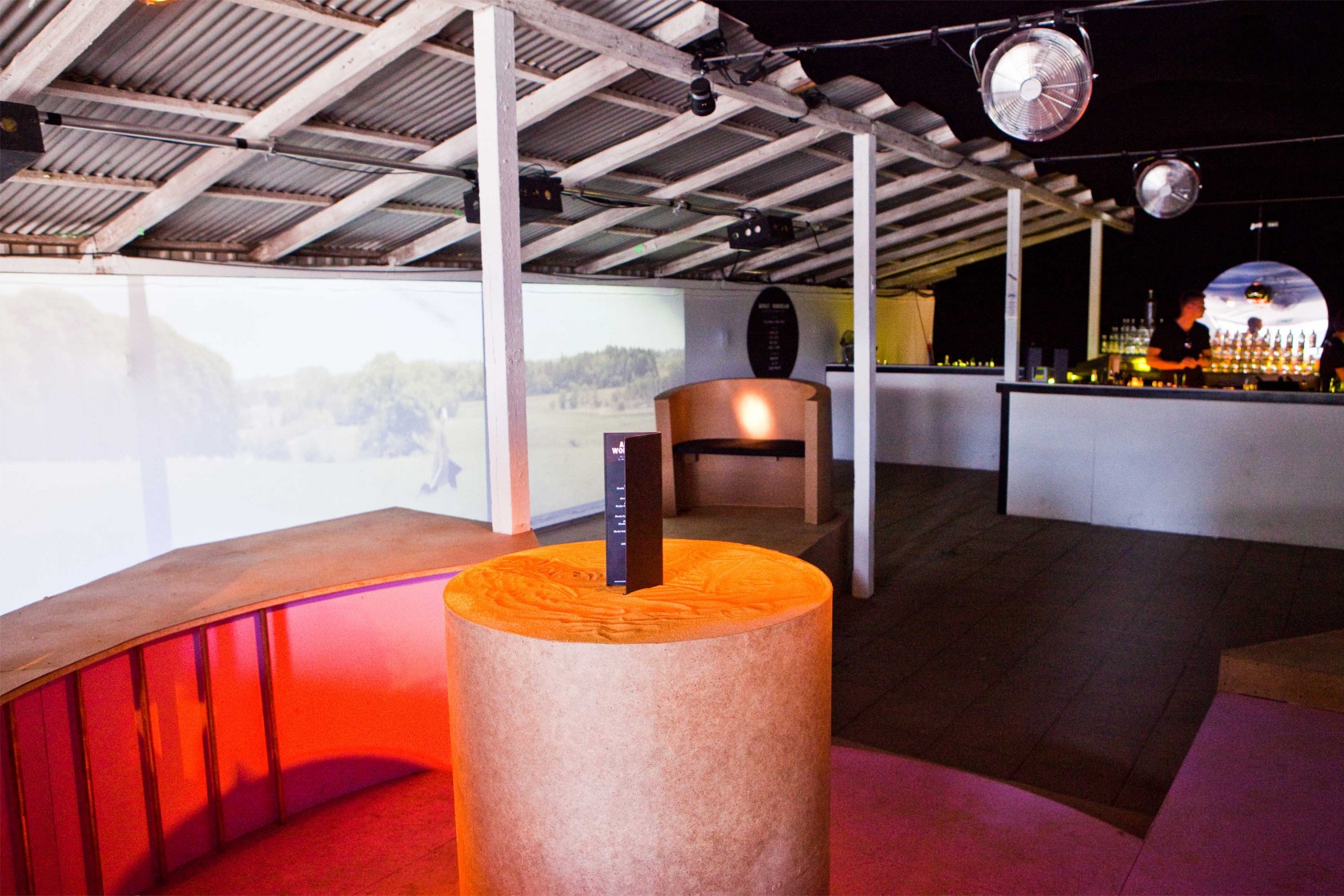 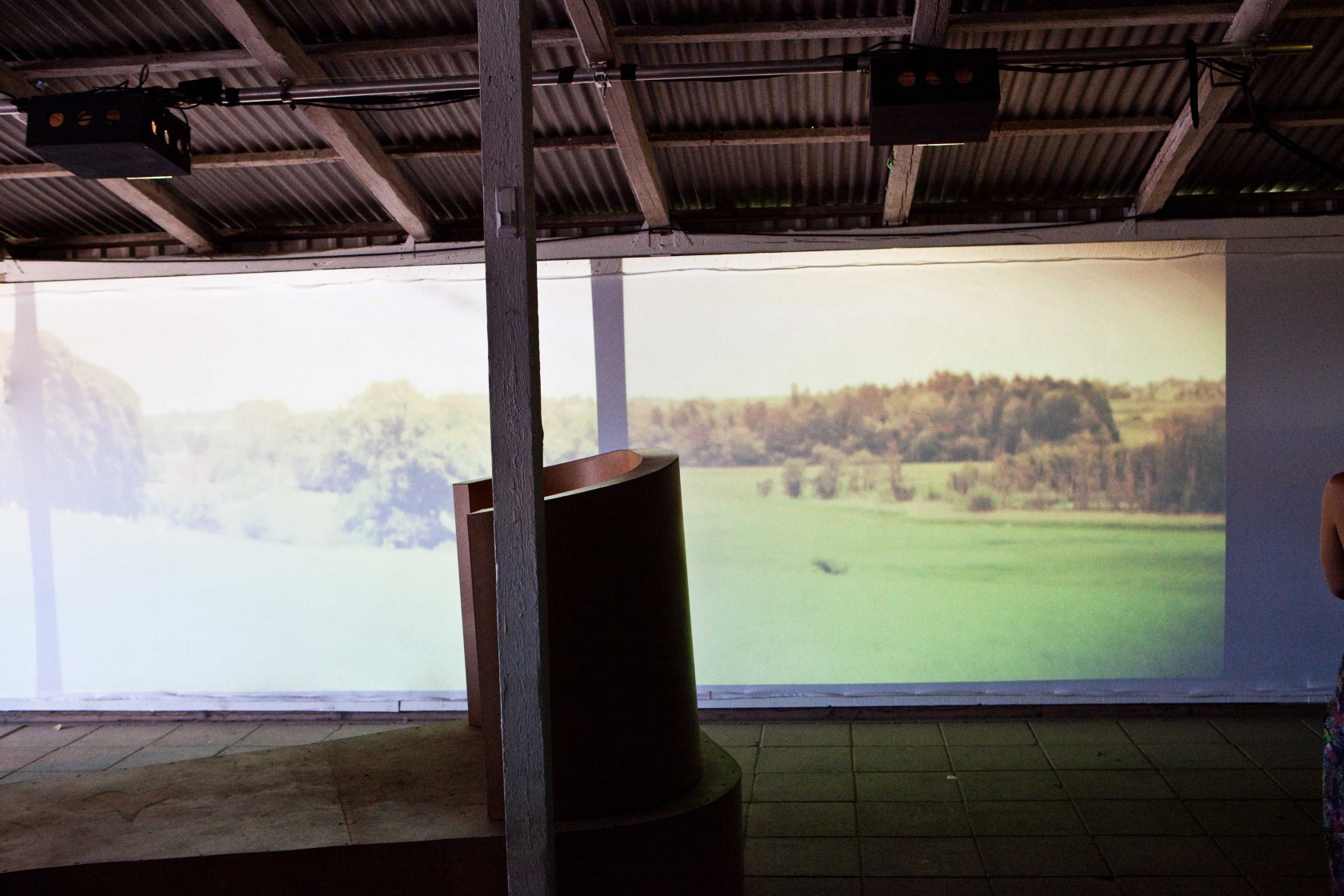 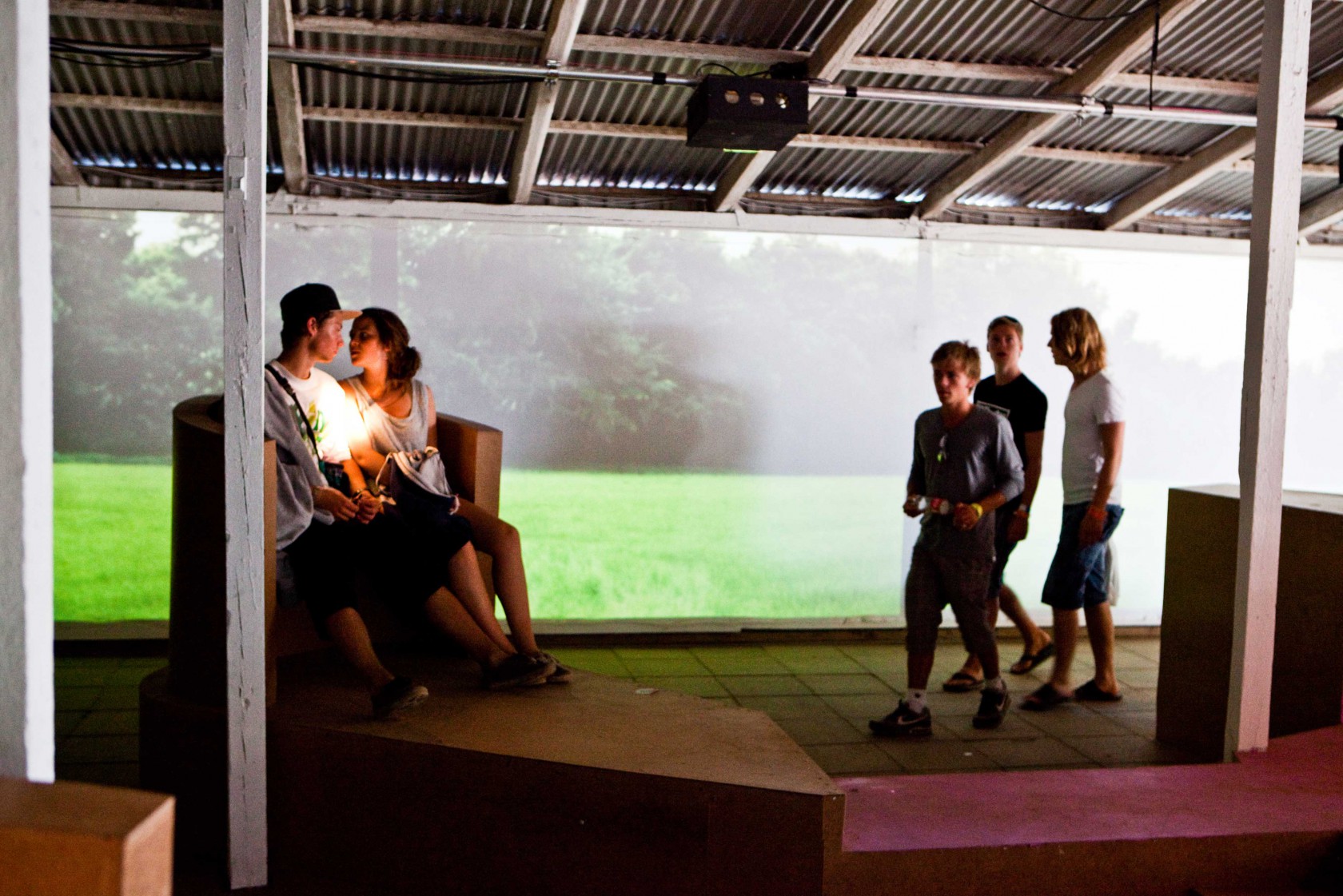 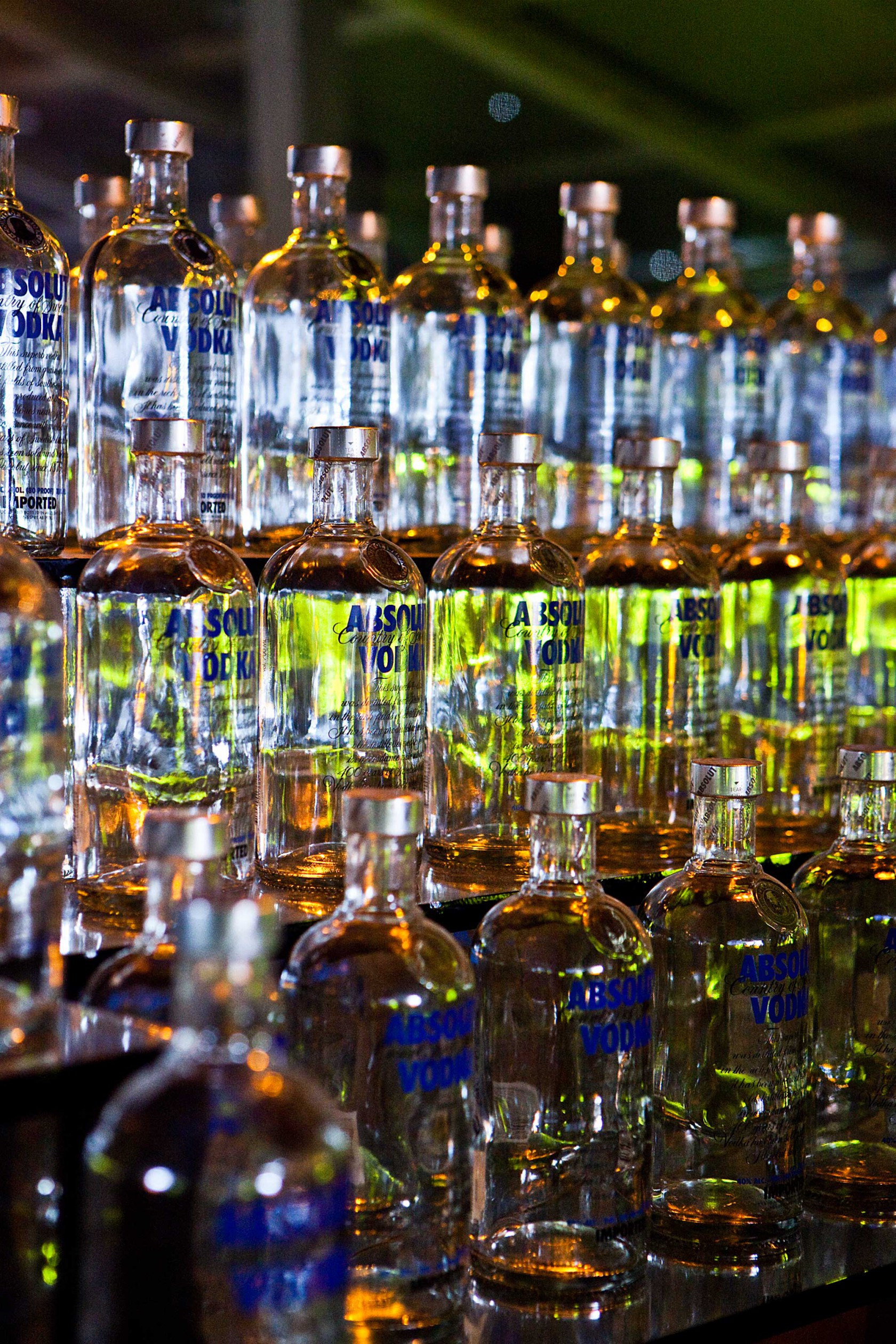 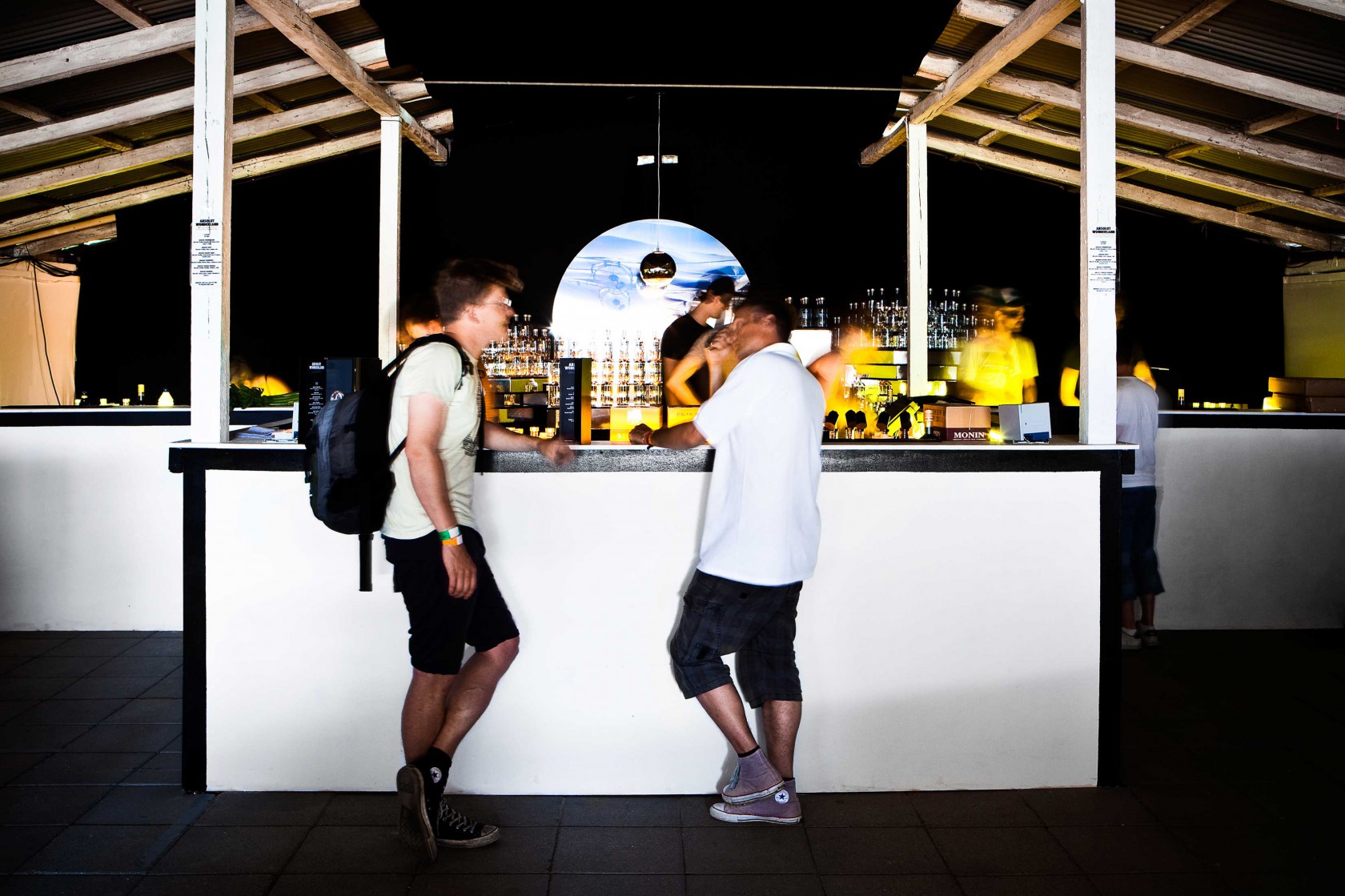 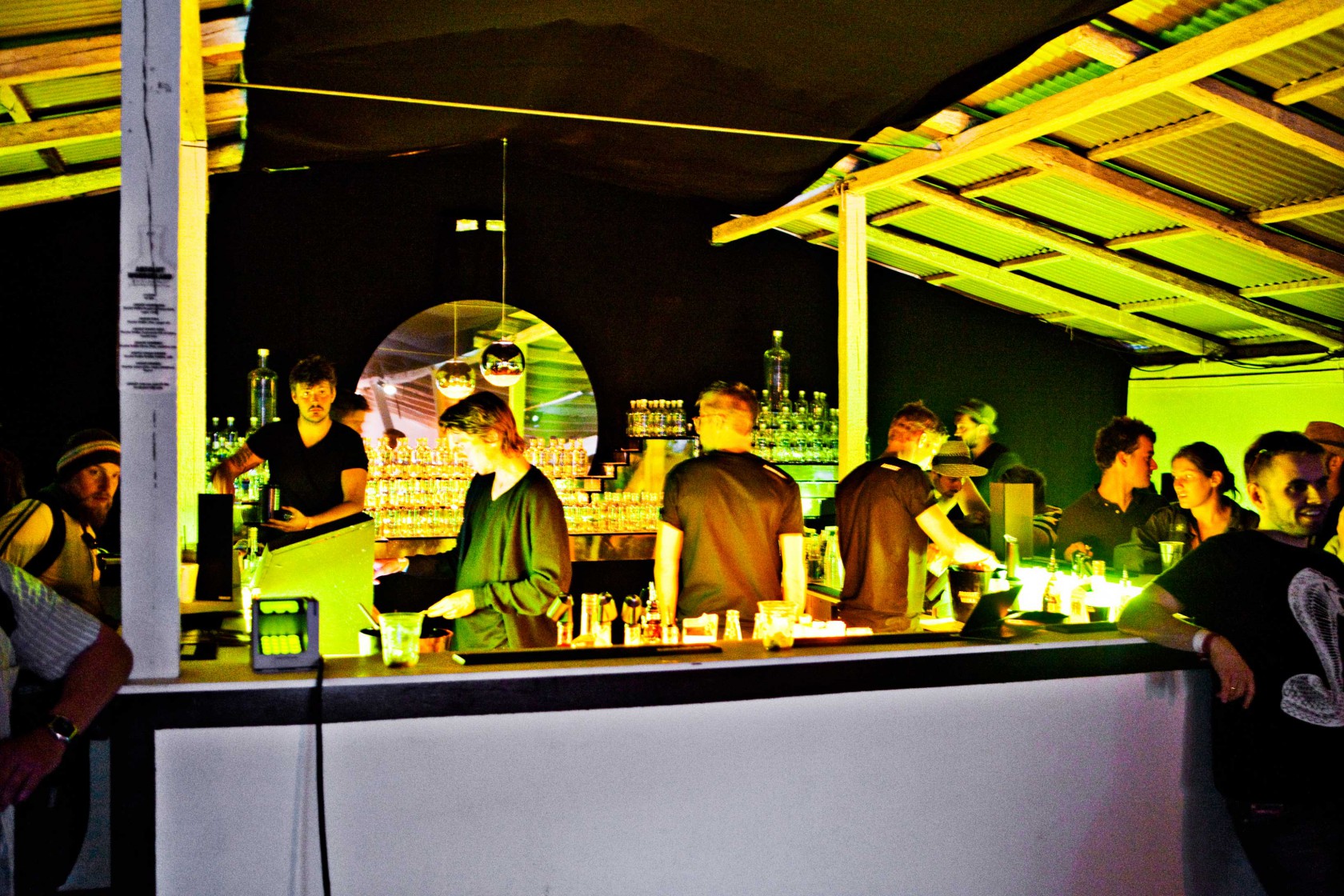 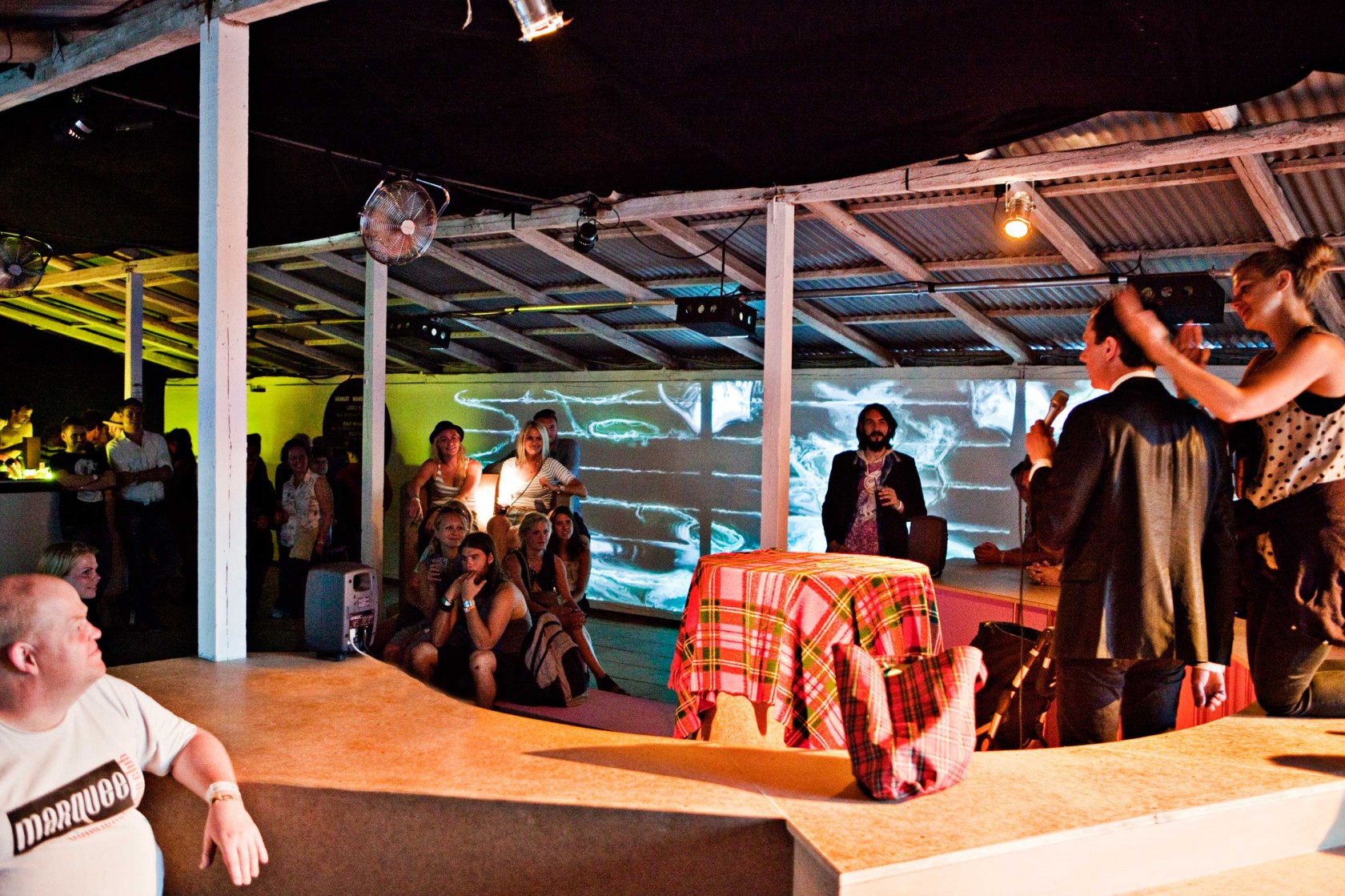 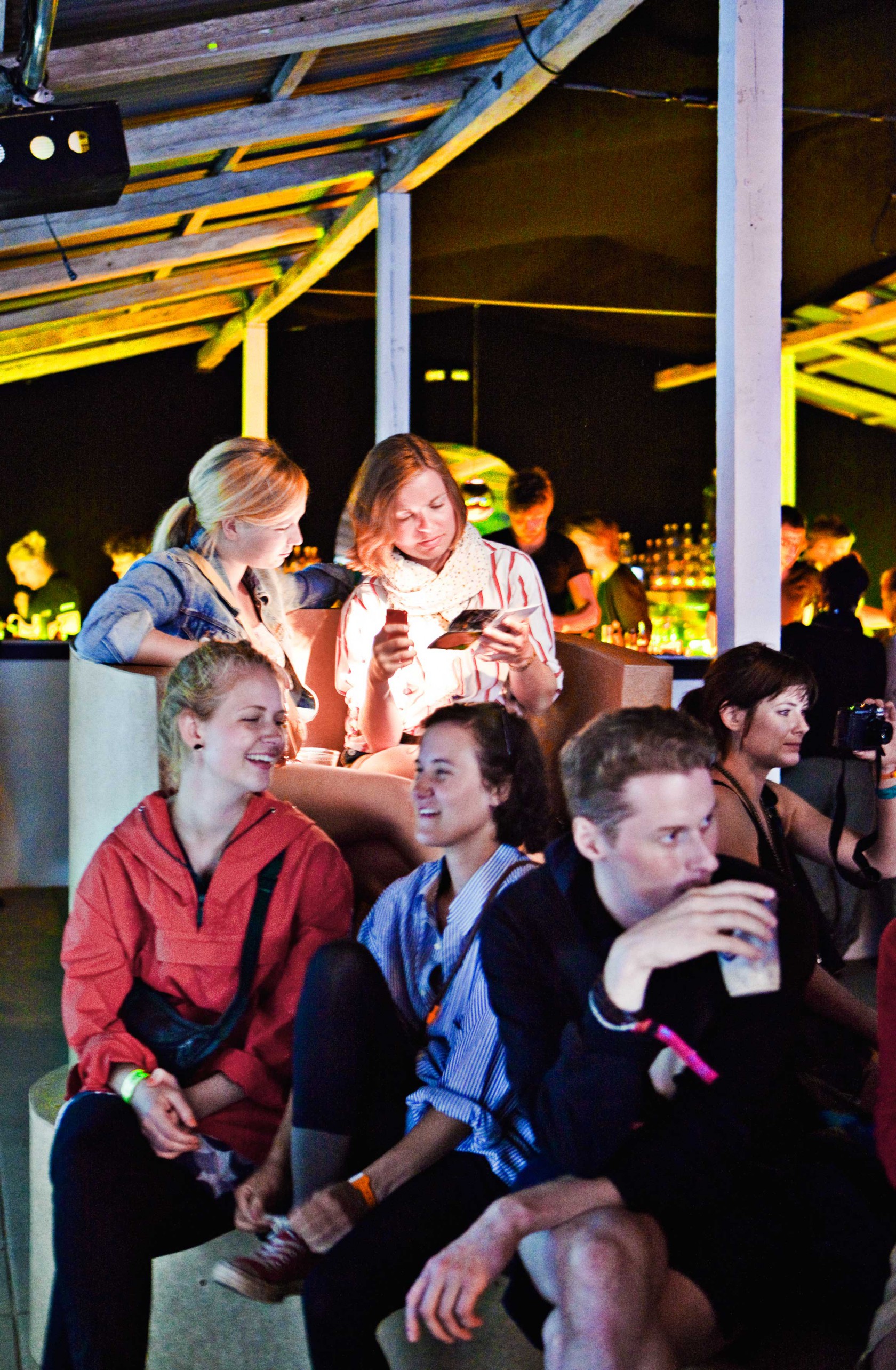 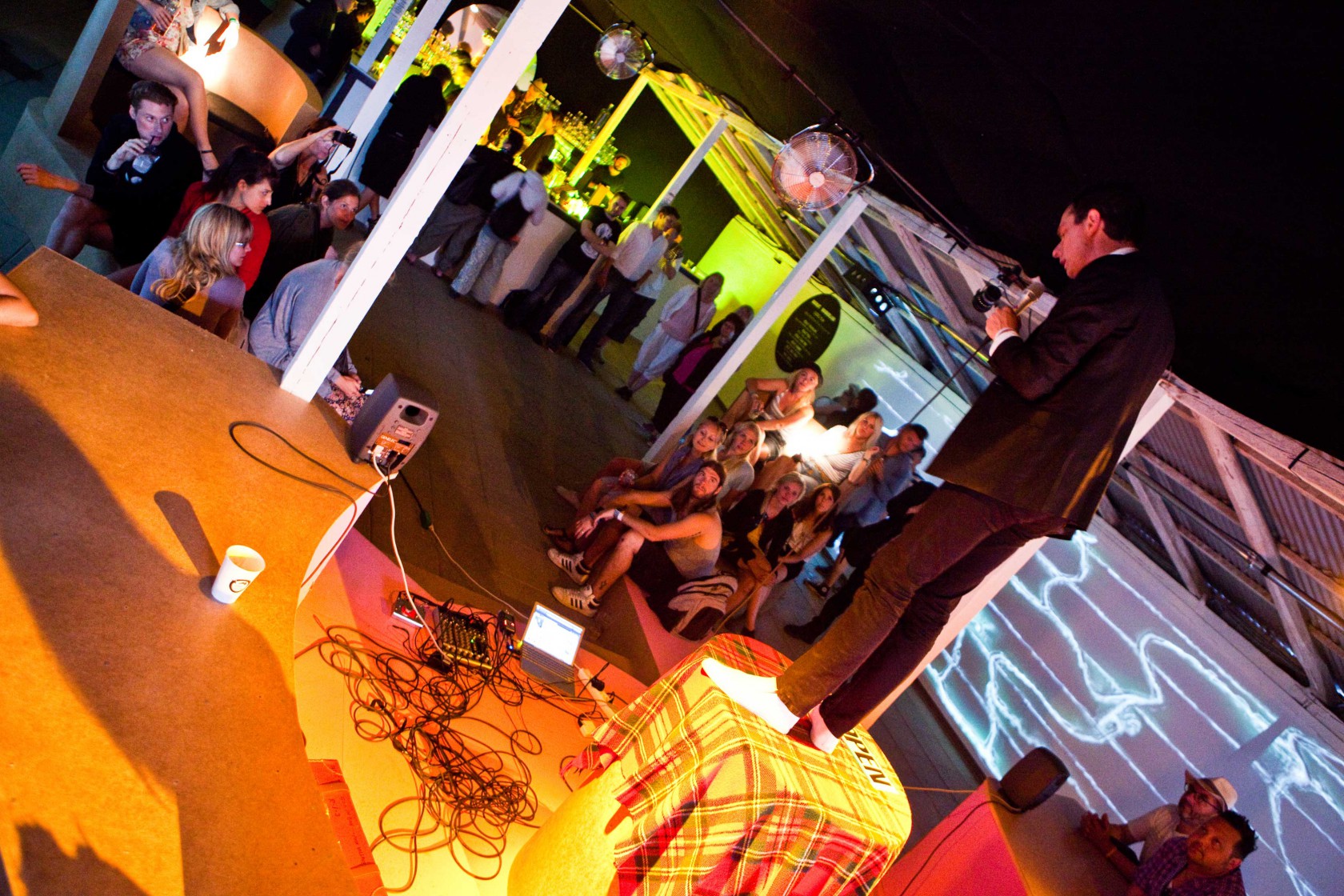 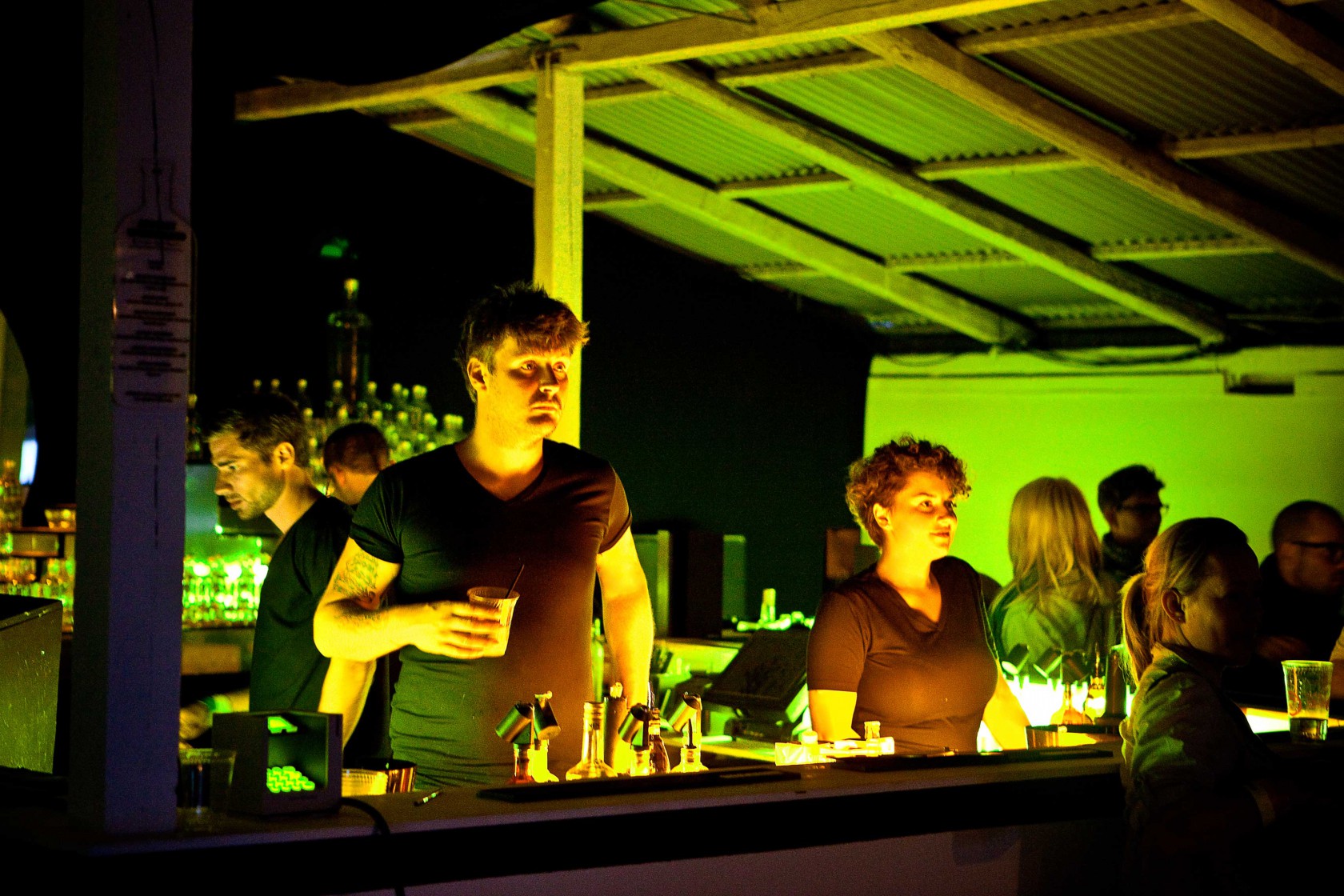 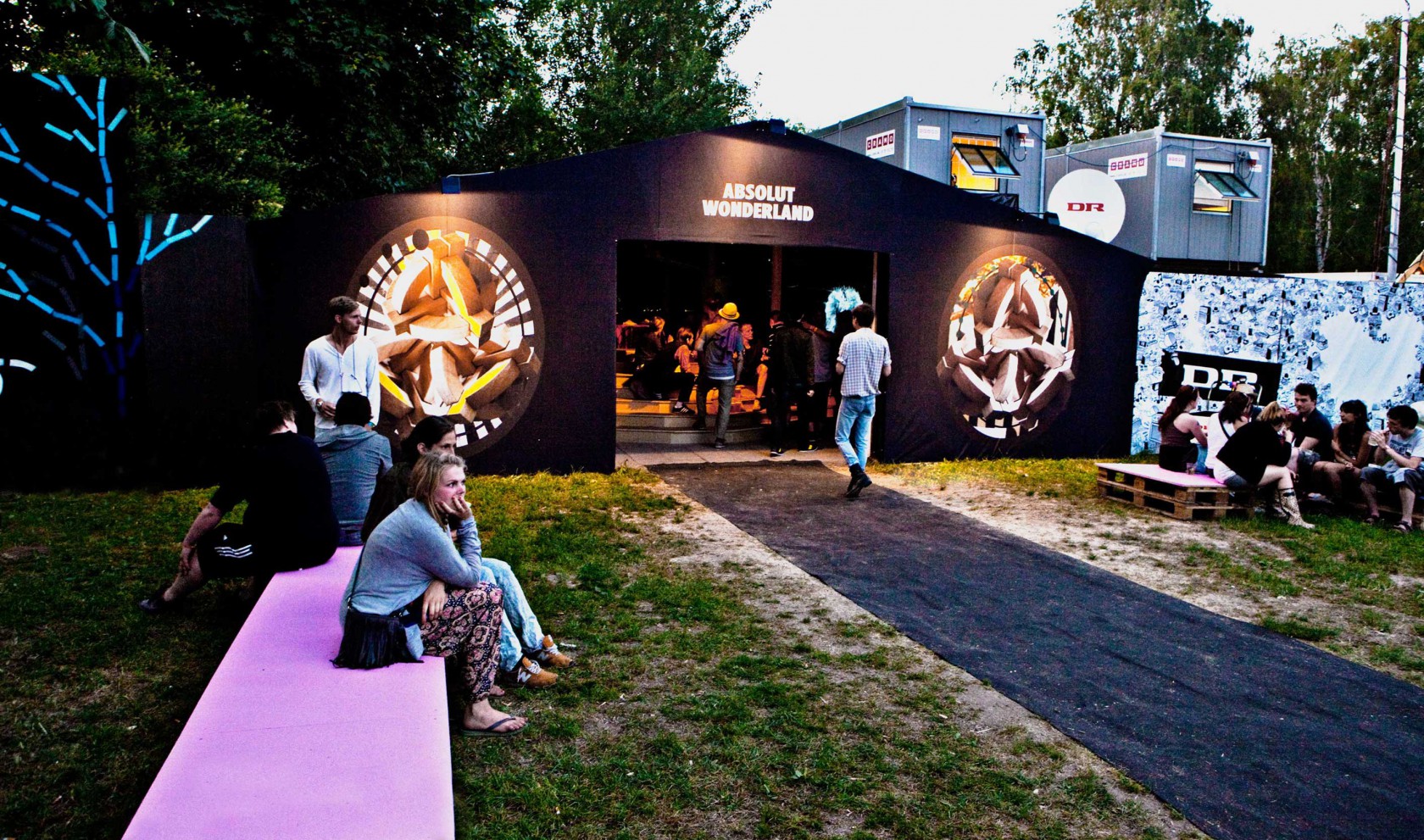 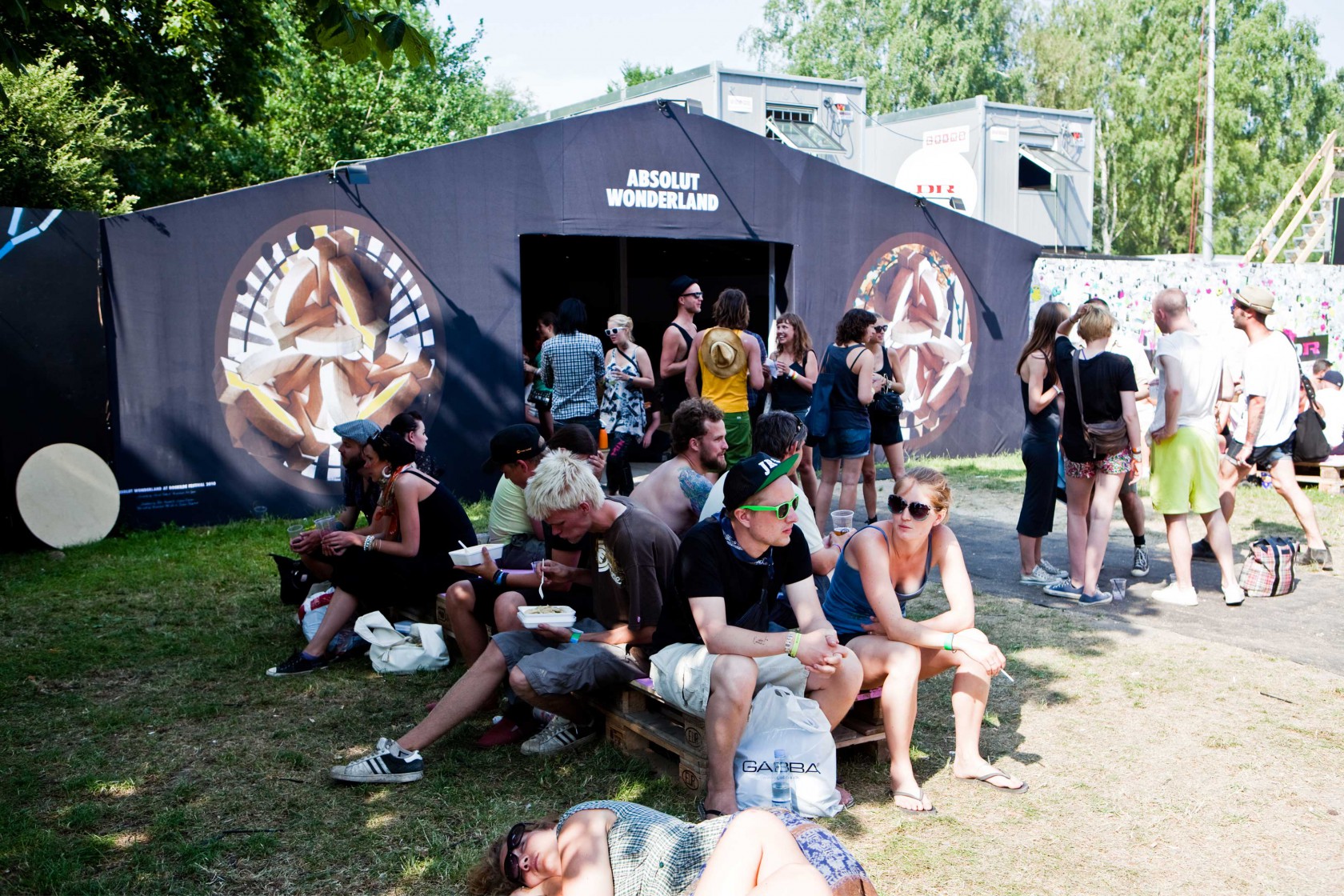 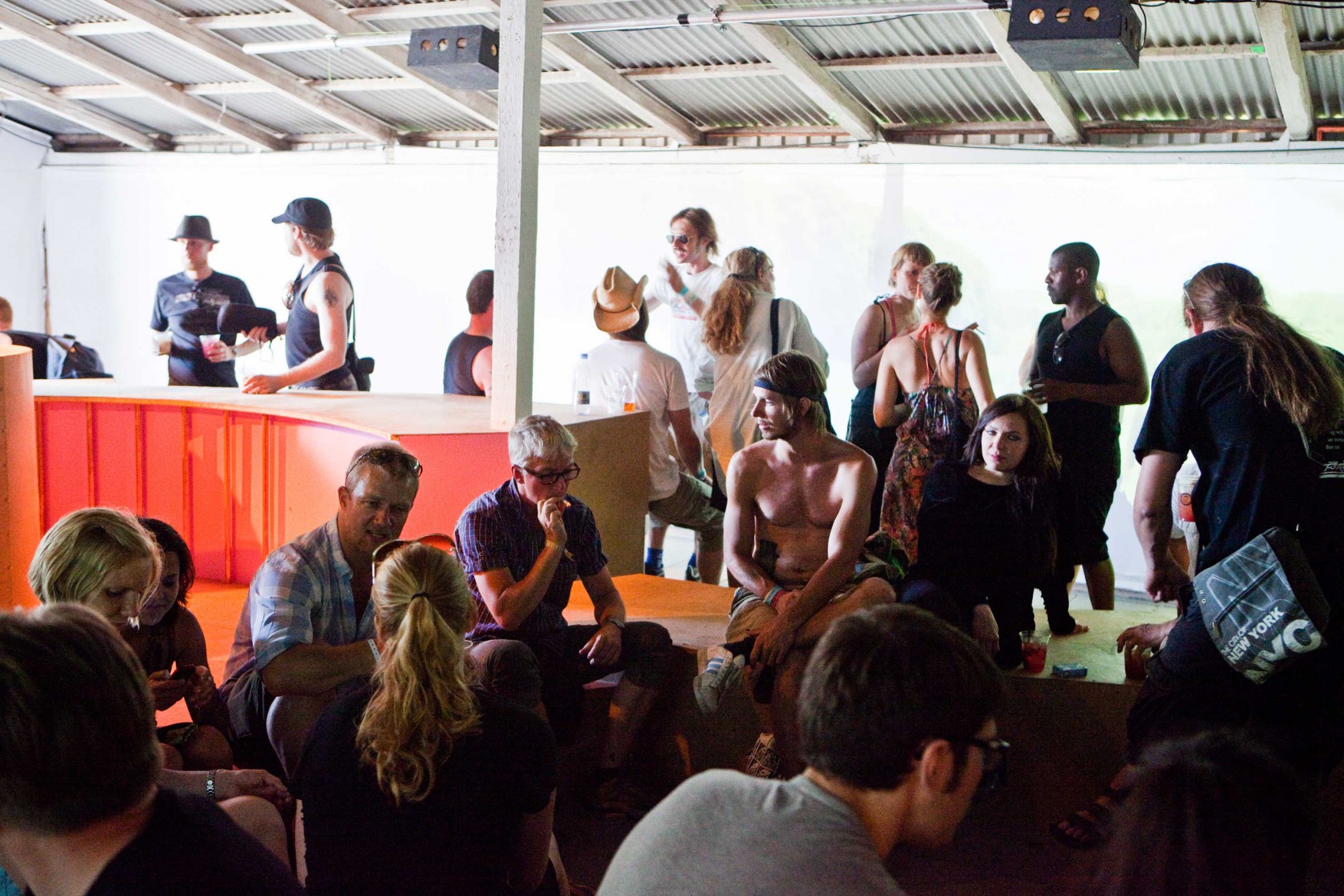